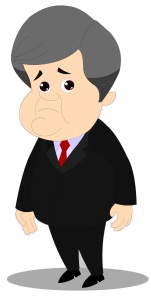 With a career proven to have more lives than a cat, the former Speaker of the House has reclaimed a spot on the current political stage and won’t be taken down without a fight.  Indeed, never straying far from the public eye appears to be the one vow Gingrich is resolute in upholding.  The intellectual neo-con, who leads the Republican pack with most wives and affairs, doesn’t shy away from talking about Jesus and defending America’s moral foundation.  But at the end of the day one thing is clear:  Newt Gingrich’s main priority is Newt Gingrich.